Georgia, mum to 18-month-old Millie, recently shared her experience of working with Your Way | Kia Roha and utilising the flexibility of Individualised Funding (IF). By sharing her story Georgia hopes to support others and enable connections between families.

When Millie was just six months old, Georgia and her partner Tyrone began noticing Millie’s hand was often held in a fisted position. This was the beginning of a confusing time of not knowing who could help or how, a journey that led to a diagnosis of Cerebral Palsy. Five months later, following Millie’s diagnosis, Millie was having up to 10 appointments a week, as well as daily physiotherapy sessions that Georgia was doing on her own. The commitment and pressure meant Georgia was unable to return to work as she had originally planned. In addition, Tyrone’s long hours at work meant he wasn’t able to help during the day.

At 13 months old, Millie was referred to AccessAbility. “I was a little bit nervous, I thought ‘assessment’ and envisioned someone coming into your home and asking you questions, it was a little bit intimidating. But then I spoke to Brett and set up a time to have the assessment over Zoom, and it wasn’t intimidating at all” explains Georgia. “It wasn’t like a test; he was genuinely asking questions about our family and what’s important to us and what our days look like. I know I can contact him anytime, he’s happy to help. He understood what we needed as a family and that I wanted to feel more like just Millie’s mum rather than her therapist. It’s so hard to find a balance in between all the appointments and therapies and I know a lot of parents feel that way.”

Following unsuccessful attempts at finding a carer using Personal Cares support, Brett and Georgia began discussing Individualised Funding (IF) as a more flexible option. After searching on Facebook, Georgia found and began working with Madison at Daily Respite Care. Madison is also qualified in sport and exercise and rehabilitation, a huge relief for Georgia and Tyrone. Georgia believes working with Madison will also be great for Millie’s mental health and add more fun to her life. “Millie shines when she has therapy sessions with someone other than me, maybe because of the novelty of it being someone other than Mum.” Working alongside AccessAbility and utilising IF gave the whānau more options that they’d not been aware of previously.

What’s next for Millie, Georgia and Tyrone

Georgia is looking forward to continuing to build connections in the Cerebral Palsy community. Georgia said, “It has been a little difficult connecting with the CP community just because I live in a very small town. But I have found a few local families. Millie has two little friends who both have CP, and they’re around the same age. It’s amazing and meeting their mums and chatting to them for the first time it was like oh well I’ve just met someone who understands exactly what I’m going through.” “I mean it’s not all doom and gloom, but I think work needs to be done to connect us parents. It is something that I still struggle with.” Georgia shared that she’s looking to continuing to build relationships and support networks in the Cerebral Palsy and disability communities.

Madison is now working with the whānau to deliver some physiotherapy sessions every week, giving Millie more structure and clarity in her day. She will know her therapy time with Madison and know her playtime with mum.

With a plan now in place, Georgia has also enrolled in study. “I don’t think I would have embarked on study if I didn’t have IF. And I think Tyrone is very happy because he works really long hours and he does feel guilty that he can’t help with Millie’s therapy so to know that Millie and I are going to have some help, that will make a big difference.” Georgia continued, “maybe in the scheme of things two hours seems small but it means those two days I don’t have to worry about how she moves, how her treatment is going. I can use that time to do jobs and the rest of the day can be playing or a playdate or going to the park. I just want her to have more fun with me. Just take a bit of pressure off. It’s a big deal.”

Thank you to Georgia, Tyrone and Millie for sharing your story. 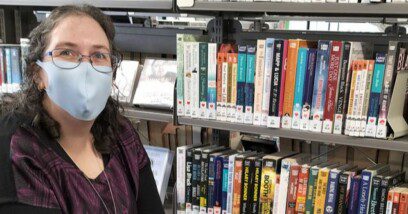 Janine lives with her husband and has a keen interest in books....
Read more 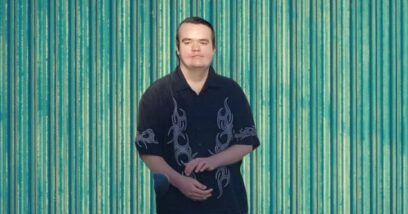